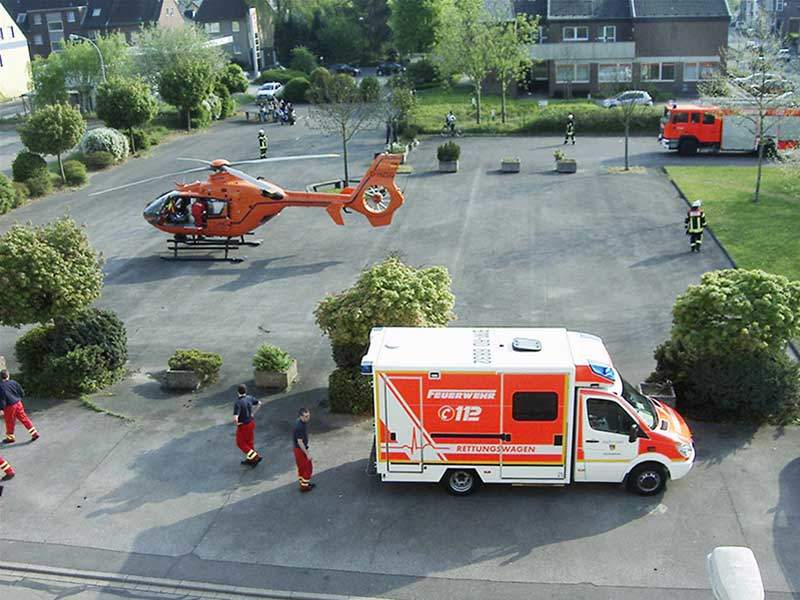 The air ambulance system in Turkey that has been systematically functioning under the roof of the Ministry of Health since 2008, are based on the 1960s past in Europe.

In Germany, as an example, the need stemmed from the increasing car traffic and in parallel, increasing car accidents in rural areas, where the emergency support infrastructure was weak. The first initiative dates back to the beginning of 1970s. The first helicopter ambulance operation started in the German state Bayern, where today a major helicopter manufacturer Airbus-Helicopters is located, with the support of the Military. In a short while due to financial issues, the German Automotive Club ADAC replaced the military support and started civil operations.

ADAC, has the largest helicopter fleet in Germany today, performs over 50.000 operations with over 50 helicopters. With the membership fees collected from around 20 million members, the club finances its basic operations. The operations are triggered by a call to the local emergency hotline, 112, and most of the costs are collected from the mandatory health insurance of the patient carried.

The second biggest fleet in Germany belongs to DRF, which was founded in 1972 by the Björn Steiger Foundation. In 1969, then 9-year-old Björn Steiger dies in an Ambulance after a traffic accident and due to insufficient coordination between local emergency response organisations. His family established the Foundation to help increase coordination and reduce emergency response times to reduce future casualties.

Disaster relief units of the military and the Ministry of Interior along with ADAC, DRF and other smaller and mostly local foundations form the backbone of air rescue in Germany. With over 100 helicopters operating from over 70 stations, there is a well founded air ambulance coverage within and even beyond German borders.

Join the weekly newsletter and stay in the loop